Day 6 of our trip to Nicaragua began with sleeping in! After a series of early starts, we took advantage of a leisurely morning and headed to Oasis de Esperanza at 10:30. Once there, most of the teachers were engaged in end of year report cards and busy in their classrooms, but we found Flor and Diana free and were able to have good conversation with them. Diana, in particular, was effusive about the opportunity to go ziplining with us on the past Friday. Significantly, though, while we mostly thought of it as a fun recreational event, she saw it as profoundly meaningful to her as a lesson in overcoming fear. And in a country with citizens facing various fears on a daily basis now, the lessons from a zipline have real-life meaning. We all agreed that keeping our focus on Jesus is the only way for any of us to overcome fear, either on a personal or a national level.

Soon two of the Oasis guys arrived with a car full of candy, and we had real work to do. Our task, staged in the new computer room of the school, was to sort candy into 500 bags to be part of the presents for kids at the party on Tuesday. This we did in assembly-line fashion, and soon had all four of us busy, along with Jhonny, Nate, Elaine and Angel’s daughter. After a break for lunch, we finished this task in short order, complete with much laughter and fun camaraderie.

Next on the agenda was bagging gifts for over 400 kids. Lots of staff jumped in to help as we sorted and bagged dolls, trucks, watches, balls, and other toys for the kids. Each student will receive a gift plus the bag of candy, for many perhaps the only Christmas gifts they will receive this year.

We had offered to take Wayne and Elaine MaGouirk to dinner, so we headed out to Rostipollos (Lyn’s favorite Managua restaurant) at 5;00, about 5 miles way. We arrived 90 minutes later, for an average speed of about 3 miles per hour. The culprit: legendary Managua rush hour traffic! Just incredible, like nothing we had experienced before. Kudos to our driver Eddie who kept us on track and safe through the hoardes of cars, trucks, buses, motorcycles and pedestrians!

Eight of us finally entered Rostipollos with a huge sigh or relief to be finally off of the streets. We thoroughly enjoyed a leisurely dinner and rich conversation, centering around the story of the MaGouirk’s coming to Nicaragua. It was also a prelude to their 37th wedding anniversary, coming up tommorrow. Congratulations, Wayne and Elaine, on 37 years of marriage and 15 years of Savior’s Tear. May you have many more years of God’s blessing on both.

Tomorrow is our last day in Nicaragua! We will help serve a special meal and deliver the gifts to the kids, and then say some sad farewells to our friends. Look for one more blog tomorrow night, and then we begin our long trek home. 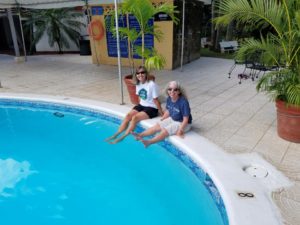 A foot dip this morning was as close as Marcia and Caron came to swimming in the pool at our hotel. 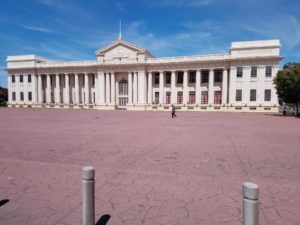 The former Presidential Palace of Nicaragua, on our route to Oasis de Esperanza school. It has been transformed into a cultural institute. 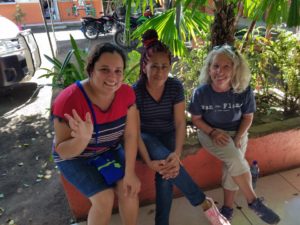 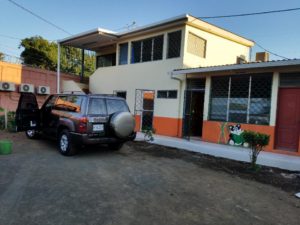 The new counseling and computer addition, where we packaged bags of candy in preparation for the big celebration tomorrow. 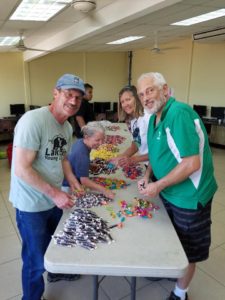 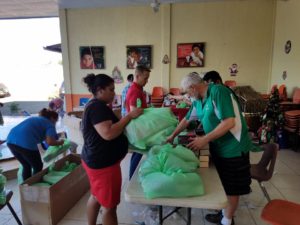 After lunch, the candy assemblers graduated to gift oackaging! 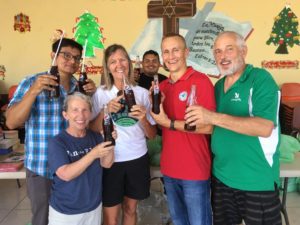 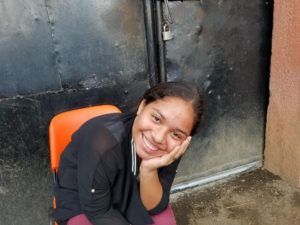 Fernanda, Sadia’s daughter, was 7 on our first trip to Nicaragua. She is now 14. 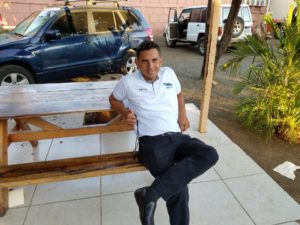