On this day, Sunday, we bid farewell to new friends in a new place in the cool mountains of Nicaragua and returned to much warmer Managua in the lowlands. La Finca camp was a wonderful, quiet place to wake up in, but most of us skipped the cold shower to start the day! After a hearty breakfast of gallo pinto and eggs, we were ready for a bit of work detail.

Our physical task, along with about 10 Vida Joven leaders, was to dig out several inches of gravel adjoining the soccer field, so topsoil could be added and grass planted. In reality, a backhoe could have accomplished the task in a few minutes, but with plenty of strong volunteers, shovels and buckets available, why not utilize them instead? With about 15 persons on the job, camaraderie was high, and the task went well with everyone finding their niche with either pickaxe, shovel or bucket.

As the work wound down, we took a break and heard the life story of Narciso, Managua Area Director for Vida Joven who put together this particular retreat for his leaders. He has an amazing story, transformed from being a gang member in Managua to becoming a follower of Jesus at age 17. And it was at the very place we were, La Finca, that he heard and received the Gospel 23 years ago. And not only he, but rival gang members as well. And eventually Niarciso’s once-abusive father received salvation , too. We all agreed that his testimony was a a highiight of the weekend.

Our team also enjoyed an introduction to the coffee-raising part of La Finca from the farm manager, William. We learned that prime harvest season for the coffee beans grown here is from December through March, with each bush producing about a pound of beans. The work that goes into growing and roasting coffee was interesting, but William stressed that Vida Joven was not really in the coffee business, but in the people business, employing about 60 pickers at 125% of the going wage, and then the proceeds ultimately going to support sending Nicaraguan kids to camp, where they will be introduced to the Gospel of Jesus Christ.

After lunch, we learned about the history of Young Life in Nicaragua, started only in 1988, but now has established about 100 Vida Joven Clubs in many Nicaraguan citites, and then we gathered in the coffee shop for a closing session. Several shared what the weekend had meant to them, and our team was prayed for by everyone else. Then hugs and goodbyes were shared, and it was back on the bus for the 2.5-hour trip to Managua!

In the evening, as our team processed the weekend together beside the hotel’s swimming pool, we all agreed that we felt we had received much more than we had given. Yes, we had provided the funds for the retreat to happen, but in return we received something beyond any dollar figure: the value of greater vision and caring relationships.

Monday morning it will back to Oasis de Esperanza as we assist with preparations with the school’s year end party for all of the students. Thanks for your prayers, we have really sensed them and are all doing well! 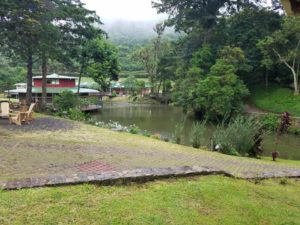 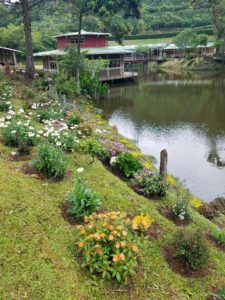 The flowers at La Finca were spectacular. 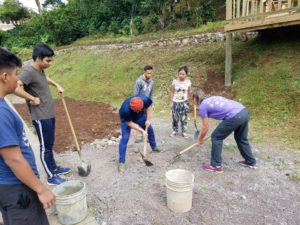 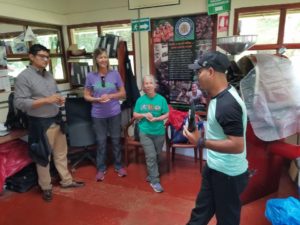 Jhonny, Marcia, and Caron listen to William explain the intricacies of growing the best coffee in the world. 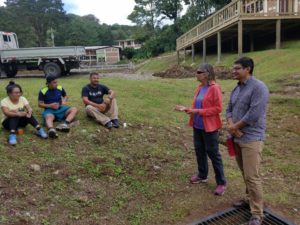 Marcia shared a testimony of how much her heart had been encouraged by the devoted Vida Joven leaders. 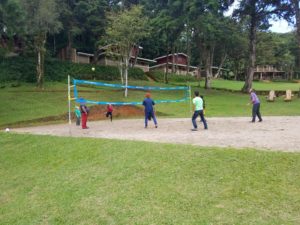 Some of us played volleyball with few rules, but lots of laughter! 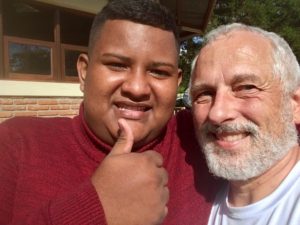 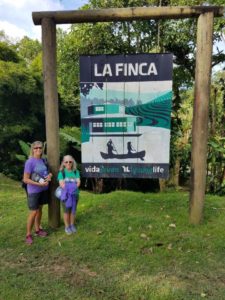 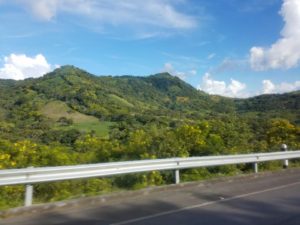 Nicaraguan mountain scenery on the way back to Managua. 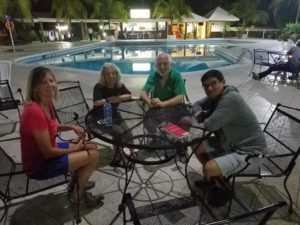 Our evening was spent debriefing alongside the hotel pool, back in Managua. It really was as pleasant as it looks!